Skip to content
Quick Links
Improvisation is the spontaneous execution of musical ideas which are not written down or pre-determined. It can apply to different things: lead soloing, comping (accompaniment), bass lines, drum parts…

There are different levels of improvisation, each with its own demands. The most likely is where players must improvise a lead solo over a pre-determined chord progression/chart. But there is often more to it than that: how about starting with nothing at all and creating on the spot; where players respond to each others’ ideas; rather like a spontaneous conversation?

It is fair to say that music is a language that needs to be learned; with each genre a recognised language with its own rules and observations. If one is to successfully negotiate a genre in an improvised way – say to hold a conversation – then one must learn the language. And that means aborbing its history, its players, recordings and so on. There is no other way to learning a language. This is not something that theory alone can provide: one must be absorbed by the language and one must learn to regurgitate it…by copying what one hears; rather like the way an infant will soak up its environment and copy its parents’ language without truly understanding what is being said. And that’s how it is. Of course, theory does have a role to play; and indeed, learning to improvise authentically in any style requires a convergence of different approaches.

Developing improvisational skills is one of the aims of the BSK 2021 course; at all of these levels. The common language is Jazz but observations will made in regard to other styles which often overlap with Jazz; such as Latin, Funk, Blues, Rock n Roll. In doing so, reference will be made to a programme of tunes both at the DGK (big band) and DGG (combo) levels. These tunes will provide the opportunity to look at approaches to improvisation.

One thing is clear: that one must learn the original tune or melody well: and be able to play it by ear on one’s instrument. In fact, better still if it can be played in all 12 keys. That’s a good test and encapsulates ear training. Arguably the first step to learning to improvise a solo over a tune’s chords is to take the original tune and give it a little twist – embellishments and so on.

As the history of Jazz progressed, there was a move away from that approach to one which is about developing ideas that are unrelated to the melody with the chord structure providing a foundation for this exploration. Again it can be argued that the ear has an important role to play: that one must hear ideas against the chords one is responding to; and be able to execute these accurately.

Certainly the ear and the imagination have important roles to play in all of this; as well as a good understanding of what constitutes a style of music. Whilst it should be possible to pioneer new sounds and approaches, one must defer to the past and learn from its heritage if one is to play in a style. Otherwise anything goes and that might be alright provided you never find yourself performing for an expectant Jazz audience!

Finally, a reminder that theory has an important part to play in all of this too: it helps us to understand how things are put together: why they work. Theory serves to explain; although arguably in the grand scheme of things, the creativity and pioneering comes first…the theory that serves to explain it comes later. But theory is also capable of generating ideas that we may never have thought of without such a framework. But one must learn to apply theory to the practical demands of the improviser: theory that cannot be used or isn’t used is useless. 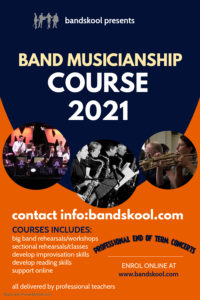